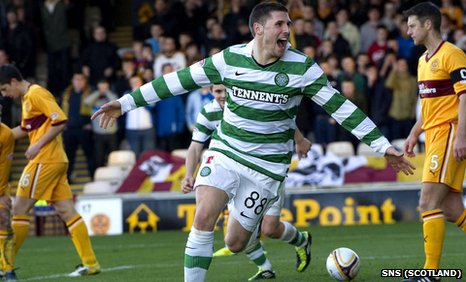 Celtic climbed up to second in the league today as The Bhoys defeated Motherwell in a narrow two-one win at Fir Park.

Celtic returned to SPL action after their Europa League match at home against French outfit Rennes on Thursday night in which The Bhoys bright second half performance gained the victory of three goals to one.

Today though, Celtic started bright from the kick off but were unable to capitalize on their early form.

Motherwell were now in charge of the game and created exchanges in attack and won a succession of corners in the opening eleven minutes.

And from the fifth corner, Celtic losing concentration allowed ex-ger Mark Hately's son Tom Hately to place a short pass with Nicky Law before swinging a cross into ex-St Mirren hit-man Michael Higdon who glanced the ball with ease into Fraser Forsters goal.

Celtic started from the kick off determined to pull back the all important equalizer. The Celts got their just rewards when Irishman Anthony Stokes tapped the ball into the back of the net from a short cross across the six yard box.

After the goals the game got tougher when Motherwell turned to harsh tackles against the Celtic players to gain the upper hand which seen goal scorer Michael Higdon in the book.

A Celtic corner from Kris Commons struck the head of Norwegian centre half Thomas Rogne which was scrambled off the line by Keith Lasley.

The goal mouths were not to be reckoned with in the rest of the first half as the game went stale.

Four minutes into the second half Celtic goalscorer Stokes manged to get through on goal with the keeper but bad decision making saw Motherwell goalkeeper Darren Randolph block the shot on his goal.

Kris Commons then had the chance to send the Bhoys a goal ahead when Kris Commons, who was returning to SPL action, was through on goal but whilst trying to get the ball on his favoured right foot was quickly intercepted by Steve Jennings.

On the break Motherwell had a chance of their own to get back ahead when a lofted ball from Kieth Lasley fell to Nicky Law but unfortunately for 'Well Fraser Forster's large presence was too much to handle.

And from the off on the eightieth minute winger McCourt dribbled from the centre line and beat 3 Motherwell players and drove into the Motherwell penalty box and placed a perfect pass through to Stokes and onto Englishman Gary Hooper who found the net and got the Bhoys ahead.

Motherwell's day got even worse when goalscorer Hooper was clipped by ex-Killie man Clancy and got shown a red card from the referee. 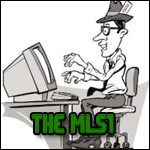 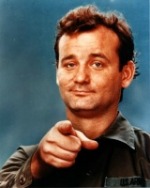